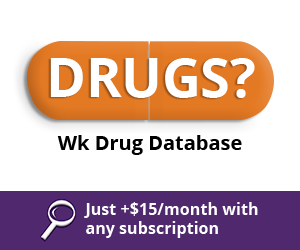 The op note reads:
Patient placed in supine on flat jackson table. Skin incision was made along Langer lines just medial to the sternocleidomastoid muscle. once complet the platysma muscle was identified and it was split acrossed its fibers using sharpdissections dissection ensued medial to the sternocleidomastoid muscle towards the cervical spine, keeping the esophagus medial and carotid sheath lateral. Once the prevertebral fascia was identified it was split and a second C arm shot was taken to ensure that we were at c5-6. at that point a complete diskectomy was performed using a 15 blade on a long handle to incise the annulus followed by a series of Kerrisons to complete a complete discectomy. Once down to the posterior longitudinal ligament a 2.0 kerrison was then used to take off the posterior osteophytes from the body of c4-c5. The posterior longitudinal ligament was taken down. Billater foraminotomies were completed and interbody spacer was matched under fluroscopic guidance to a size 7mm. A Jamshidi needle was placed on the left side of the anterior iliac spine and bone marrow aspirate was taken. Bone marrow aspirate was place on a collagen sponge by DePuy Spine and placed within the inerbody spacer. Interbody spacer was carefully placed in the cervical spine under fluoscopic guid. At that point my attention was turned to C5-6 where a similar procedure was performed including bilateral foraminotomy and taking down the posterior longitudinal ligament . Once complete anterior plate contruct was used and affixed to the vertebral bodies of c4 5 6 7 using 14mm screw 2 at ea level.. Drain placed.
Coded: 22551 22552 22552 22845 38220 77003? is foraminotomy coded separately?

You initial post said C3-C6 ACDF but the op-report supports a C4-C6 ACDF. I don't see where C6-C7 or C3-C4 arthrodesis is supported by documentation. And why was the cervical plate placed from C4 to C7 when C7 wasn't involved in the arthrodesis?

No, the foraminotomy is not separately reportable.